Understanding the behavior of proteins and enzymes is key to unlocking the secrets of biological processes. The atomic structures of proteins are generally investigated using X-ray crystallography; however, the precise information for hydrogen atoms and protons (hydrogen ions) is usually unattainable. Now a team including Osaka University, Osaka Medical College, National Institutes for Quantum and Radiological Science and Technology, Ibaraki University, and University of Tsukuba has used neutron crystallography to reveal high-resolution structural details of a very large oxidase protein. Their findings are published in PNAS.

The hydrogen atoms and protons that make up about half of the atoms in proteins and enzymes often play crucial roles in the jobs these biomolecules do; however, their exact positions are difficult to pinpoint because of their small size. The most common approach for working out the structure of a protein is to direct a beam of high-energy X-rays at a protein crystal and analyze the diffraction pattern that results from the interactions of the X-rays with the electrons of atoms in the structure. Unfortunately, X-rays do not interact strongly with hydrogen atoms or protons, which have low or no electron density, making them difficult to "see."

One solution is to apply a neutron beam to the crystal instead of X-rays. Neutrons interact with the nuclei of the atoms in their path, including those of hydrogen atoms and protons, despite them being small. The diffraction patterns resulting from these interactions are recorded after the neutron beam has passed through the crystal, and are decoded into the precise locations of the nuclei, including the hydrogen nuclei.

"Hydrogen atoms and protons are particularly interesting components of enzyme structures because they can exhibit quantum behaviors that have recently been found to be crucial to enzyme function. It is therefore important to accurately determine their locations in the protein structure in order to unravel what is happening," study corresponding author Toshihide Okajima explains. "Using neutron crystallography, we were able to determine the structure of a bacterial copper amine oxidase with a molecular weight of 70,600--which is extremely large for neutron crystallography and significantly exceeds previously recorded molecular masses--and still precisely locate the hydrogen atoms and protons in the structure. An unusual "levitated" proton was observed between a cofactor, topa quinone, and an amino acid residue strictly conserved in this class of enzymes."

The topa quinone cofactor covalently bound to the enzyme plays an essential role in the catalytic function. The researchers were finally able to establish a complete picture of topa quinone 30 years after its discovery as a protein-derived cofactor. They found that the cofactor actually exists in equilibrium between two different forms.

"Enzyme active sites--where the reactions take place--can provide us a great deal of information and inspiration if we are able to fully understand what is happening," Okajima explains. "Our demonstration of using neutron crystallography to uncover proton quantum effects promises to be very useful for many researchers studying enzymes and their mechanisms." 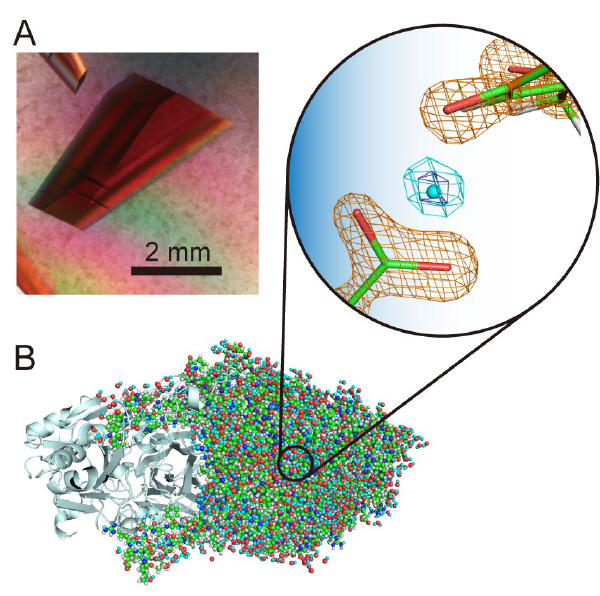 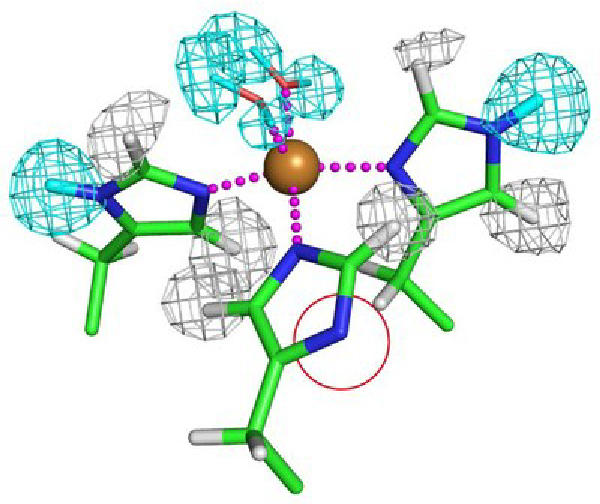 The article, "Neutron crystallography of copper amine oxidase reveals keto/enolate interconversion of the quinone cofactor and unusual proton sharing" was published in PNAS at DOI: https://doi.org/10.1073/pnas.1922538117.