Contribution of particle accelerators to the modern basic science, industry, and medicine is invaluable. From keV to GeV electron and hadron accelerators become ingrained in society everyday lives. However in recent years, accelerator development is continuously growing with new demands for higher energy and currents, for beams in femtosecond and atto-second ranges, for nanometer scaling and high fields. New solutions in the way of miniaturization of ordinary accelerators, which are typically national facility level and require a huge amount of money and huge location areas, are under developing with novel acceleration mechanisms exploiting ultra-high electric fields. Here the most promising are the laser plasma accelerators that use the plasma waves exited in laser pulse wakes. This technique is called the laser wake field acceleration. Our goal is to realize a GeV class laser accelerators via developing of strict plasma control technology based on insightful understanding of plasma and beam behaviors. At the same time, we will promote researches on the use of ultrashort and jitter free beams, which is a feature of laser plasma acceleration, to extend the ability of imaging systems in nanoscale range. Furthermore, with a view to using the laser plasma accelerators in the future, we will also conduct researches on the use of linear electron accelerators such as control of physical properties and clarification of irradiation effects on materials with far infrared (FIR) and terahertz (THz) free electron lasers. 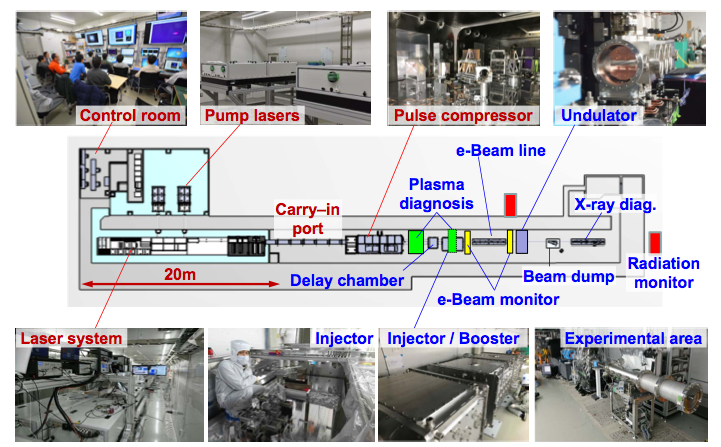